We are a Spirit-filled, Christ-Centered community
Equipping God's people for God's work! 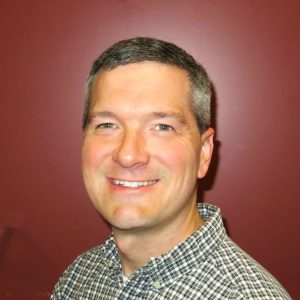 Peter T. DeMik was born in Washington D.C. and grew up in Arlington Virginia.  He graduated with a B.A. in Psychology and Humanities from Valparaiso University in Northwest Indiana.  While at Valparaiso, Pastor Peter served as the Assistant to the Dean of the Chapel of the Resurrection and he also met his wife, Michelle.

The two were married in 1997, and proceeded on to Concordia Seminary in St. Louis, Missouri, where Peter earned his Master of Divinity degree.  Peter then served as Vicar (Intern) at Peace Lutheran Church in Arvada, Colorado, prior to his first call as Associate Pastor of Our Savior Lutheran Church in Laurel, Maryland, in July of 2001.

At Our Savior, Pastor Peter has enjoyed working with Rev. Dr. Jon Diefenthaler and Rev. Michael Flannery, prior senior pastors of Our Savior Lutheran.  Pastor Peter also worked with Pastor Orlando Flahn and has been a great support for New Hope International Church.  He helped to lead during the construction phase and the beginning of the Open Arms ministry, and became the school’s first music teacher.  Pastor Peter developed Our Savior’s Home Group ministry.  He has led many classes at our Savior, from Bible studies to small group leadership training.  He has served as director for the development of a video based, small group curriculum based on Joe Murchison’s book, Caution to the Wind, based on the life of Don McClanen. His love of creative arts, music and multi-cultural ministry continues to bring him joy in service at Our Savior.

In addition to his work at Our Savior, Pastor Peter has served as a leader of a Lutheran Servant Event in Garrett County, MD.  Since 2003, he has helped bring youth and adults together for one week during the summer to serve people in need, constructing and repairing handicap ramps, roofs, siding, and doing other projects.  He has also served the local community as treasurer of the Laurel Clergy Association for many years, and is one of a core group of pastors who founded New Day, a ministry to the homeless, in the Laurel area and has coached youth soccer for the local recreation league.

Pastor Peter and Michelle participated in the Pastoral Leadership Institute, graduating from the program in 2008 after a four year program concluding with a Short Term Mission to Hong Kong, China and other cities nearby.

On February 16, 2014 Pastor Peter was called to be Senior Pastor at Our Savior Lutheran Church of Laurel Maryland.